Dommie and his black eye

December 23, 2012
As I've said, Sean and I recently became foster parents. Dominick and Markus have always been part of our lives since Sean is cousin's with their mom. We babysat the two of them since Dom was born. For the past seven months since our two little buds came to live with us, we've been pretty accident free. Of course a three year old and a five year old are bound to get hurt at some point. They are boys; it's expected, but we never had anything bigger than a scratch are a bruise the size of a thumb print.

This past Sunday we had my sister-in-law Britt and her son Braeden came over for dinner. Sean was in heaven, goofing off with all three of the boys, while Britt and I were wrapping a few of the Christmas presents for the kids. All of a sudden, Sean comes barreling into the room demanding me to check Dom's eye. He quickly explained that as he was spinning Markus the other two spun behind him. Now, Mister Dominator tends to be a bit accident prone. He's always falling or crashing into things. At the age of five, his balance has seemingly gotten worse. Dommie spun himself a little too crazy and instead of landing on his butt like usual, his feet came flying out from under him, pushing his body forward, and forcing the corner of his eye to collide with one of the bunk bed's trundle drawers square on the edge. Sean was concerned of how quickly the area began to swell. All I could do was stare at my poor little man's face, watching as the entire left side becomes more swollen and as the color became a deep shade of violet and navy.

Instantly I picked up Dom and started to panic. Up till now, he had been really cool about it. He had cried of course, but nothing major and was starting to calm down when I, of course, make the situation worse by suggesting we go to the ER. To any child who has gone to a doctor's office, the only thing their hearing when you say hospital is "I'm getting a shot". Instant waterworks all over again. Thankfully my sister lives on the first floor of the apartment building, so I hiked Dominick higher on my hip and carried him to down the stairs.  All I could do was keep telling him how brave he was and how proud I was of him for being strong.

My sister ended up telling me that bringing him to the hospital would have just been a waste of time. Dom's eye was still a clear white and although there was swelling it's hard to break or even chip the section around the eye. All in all he would have to deal with a nasty bruise and cut for Christmas. She sent me back up to my apartment with two ice packs, kids chew-able Tylenol  freeze pops, and advised me to not let him sleep for a few hours.

It sounds so silly now. Sean and I were freaking out more than Dommie had. He was so calm through the whole ordeal and the two of us were running around like a chicken with it's head cut off. It was a bit traumatic though. We work so hard to keep the boys safe and if we could we would keep them in a bubble. We are so scared to mess up or to looked at like we aren't doing our job well enough. We forget to remember that every parent goes through these moments of uncertainty and distress and the last time I checked good parents still have children with quite a few battle wounds. Just because our boys have scrapes and bruises doesn't mean we are doing anything wrong. If anything we are doing things right. Kids need to learn from they're mistakes and each boo we kiss has a story to tell. Dommie loved telling people what happened, that is before the tenth person to asked what happened. After he just was annoyed to have to retell the story over again.

We learn from the kids every day and I think it's safe to say we learnt we are good foster parents, not bad ones by any means.

Popular posts from this blog 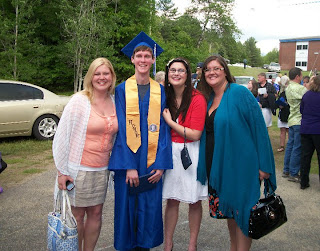 Well then, I think some introductions are in order.

My name is Renee. I'm 22 years old and the third child born of four. I have two older sisters, Stephanie and Aurelie, and one little brother, Aaron.

I'm married to the most wonderful man in the world. Sean and I have known each other since childhood and have been together for six years and recently married last August.


We have two little kitties, whom we love dearly. they are now over a year old and the act just like any other 1 year old: loves attention and to play. Lucky and Levi are brothers that we adopted from the ASPCA November of 2011. We love them dearly.

Sean and I also recently became foster parents to our two little cousins, Dominick and Markus. Our lives are really hectic, but it's wonderful.


This blog is a glimpse into our family life and the struggles of two 22 year-olds with no parenting experience, attempting not to give these two little handsomes any future therapy sessions.


We are so happy and proud to…
Read more

August 19, 2017
In our house, meal times aren't like they used to be. Before we had two babies to contend with we were constantly having sit down meals that I was able to spend as much time as needed on them. We were all able to sit down and eat together. Now, during at least one of the family meals one of the toddlers are napping or Sean isn't home yet from work. Our table isn't big enough for all of us to top it off. However, even if I have to stand while the kids eat and talk with them, they are important.

Unfortunately, finding a quick and easy recipe that suits all the kids tastes or dietary needs can be super frustrating. On most days I take the quick and easy route and pop open a can of sauce and boil some pasta. I'm drained and who wants to make anything more complicated then that when your tired, but more and more I find myself looking for different kinds of meals that are quick, have minimal ingredients, and most importantly taste good. We have a pretty big diary allergy in …
Read more